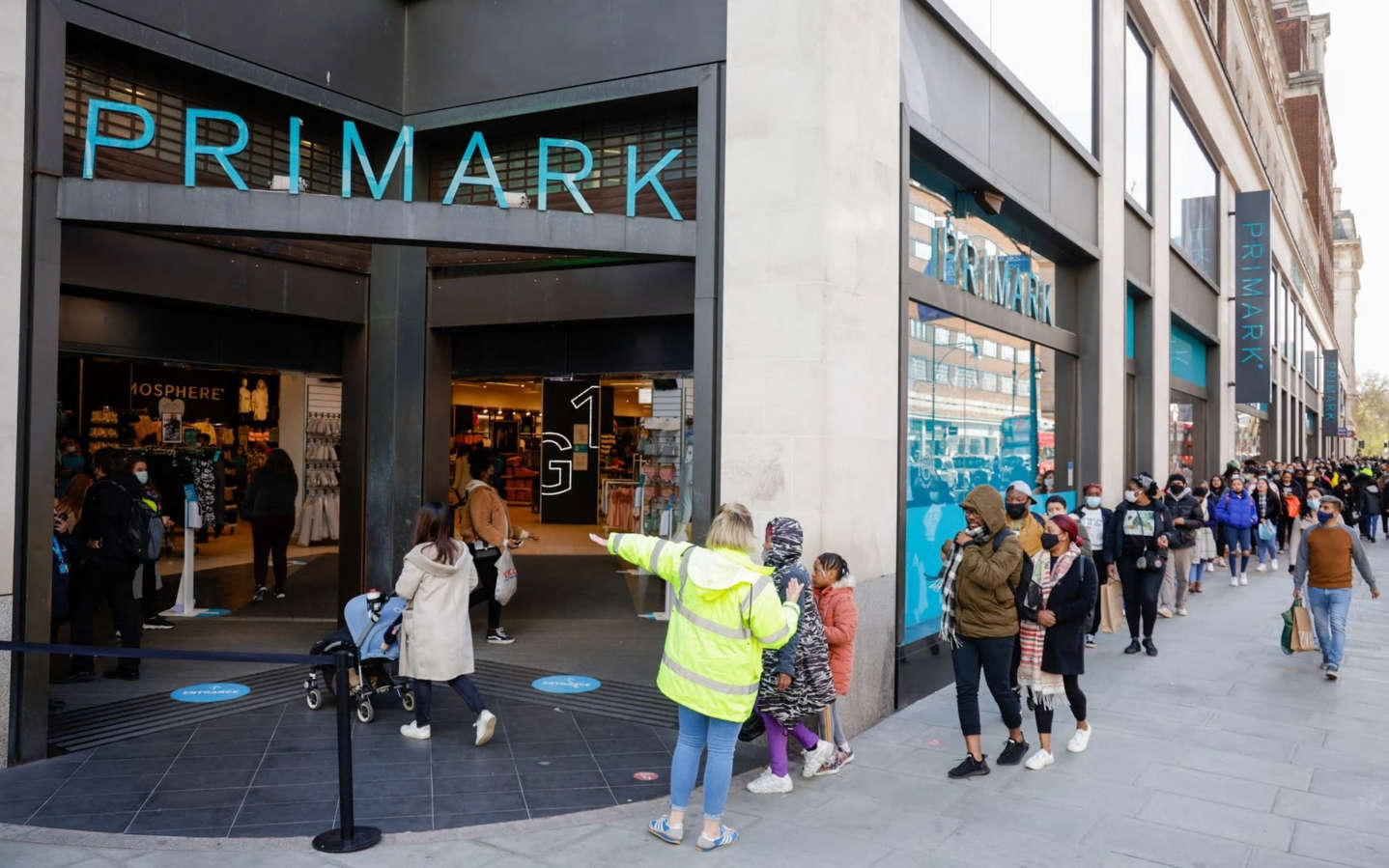 Many consumers remained apprehensive about indulging in retail therapy as thousands of shops finally reopened on Monday after months of hibernation.

Visits to high streets, retail parks and shopping centres were still down 16.2pc compared with pre-pandemic levels despite customer queues outside chains including JD Sports, Primark and Zara.

High street footfall was down by almost a quarter in the afternoon, according to data from Springboard, but retail parks, which have larger stores, fared better with a 1.7pc increase in visitors from 2019.

Retail chains were buoyed by the return of customers to their stores.

Primark re-opened 161 stores in England and Wales. Chief executive Paul Marchant said: "It’s been a wonderful morning welcoming our customers back. Stores have been very busy but we're more than ready. The mood has been incredibly upbeat and positive."

The chain's spring/summer ranges were popular with shoppers.

John Lewis boss Pippa Wicks said it was "fantastic to welcome customers" again and "to see so many people excited to be out and about".

The best-selling items in the first two hours of trading included decanters, tumblers and highball glasses as well as buttons and knitting wool.

Separately, it emerged that Next will open a new store this summer in Newbury in the former John Lewis store that has been axed.

Meanwhile at Selfridges, trainers and denim were snapped up by shoppers. Beauty and fragrances - two areas that were cordoned off during the previous retail reopening - also proved popular, the retailer said.

TK Maxx was among the most popular chains, closely followed by Primark and JD Sports, according to data from Revolut. Spending in shops was up 2.5 times than normal Monday levels before the pandemic.

Jace Tyrrell, chief executive of New West End Company that represents 600 businesses on Oxford, Bond and Regent streets and Mayfair, said footfall had been slightly better than expected but this was still only 44pc of the usual number of visitors in April.

Locals were out in force, but the absence of international shoppers was notable, he added.

Steve Medway, a manager at Cadogan, which owns Chelsea's Pavilion Road and King’s Road, said there were queues outside stores including Zara, Peter Jones and toy shop Trotters as well as Chanel and Hermes. "People seem very respectful and happy to wait – the overall feeling is one of joy to be back out connecting with people and places."